The Keeping Room is an extension of the outdoor kitchen. It was a workroom and therefore is not as decorated as the rest of the rooms throughout the house, since it was not intended for public viewing. There is a modern addition attached to the Keeping Room, but originally the back wall of the house would have had a window in the center of the wall. There would have been a work table under the window in which to keep the food before service and to dress dishes for presentation in the Formal Dining Room. This room also has an original pantry which housed pickled foods, jams, and other condiments. In the corner of the room, there is a door above two steps. This is the rear stairwell of the house which was originally a spiral staircase that led to the second floor landing. This staircase was used by the slaves in the house, as they would not have been permitted on the main stairs of the house.

The Parlor is the most formal room of the house and also the most impressive. The crown molding in this room (and the entire house) is hand carved wood. A craftsman would have lived in the house during the time of construction and would have been paid in room and board, possibly a small stipend, and most importantly with a letter of recommendation which he could then use to secure other jobs. There is also the color blue in this room on the trim work. This is a time in history where blue pigment was extremely expensive and only people of means could afford to have the color blue in their homes. The elaborate and ornate furnishings in this room are also a sign of wealth including the Japanese screen, pianoforte, mantel clock, gold gilded mirror, and luxurious French inspired fabrics. The French played an integral part in the design aesthetic of early nineteenth century America. France and the United States shared a strong kinship and supported each other in their respective revolutions. In France, this period is known as the Empire Period due to the rise of the Emperor Napoleon Bonaparte.

Joshua Thurston Pianoforte manufactured by the Clementi Company – The pianoforte is the predecessor to modern day pianos. A square piano could fit into a rather small room and cost much less than the big and expensive grand pianoforte which only a very small percentage of the population could afford. Joshua Thurston was a New York piano maker who previously worked for Muzio Clementi, a celebrated musician and London piano maker. This pianoforte has been altered since its creation circa 1810, for when the style eventually became outdated it was common for a new veneer to be applied and heavier legs to be attached, probably about thirty years after its original construction. The pianoforte was a generous gift from King Burnett to Poplar Hill Mansion.

In 2014, the Mason Dixon Woodworking Society completed the restoration/reconstruction of the Smokehouse in the rear gardens of Poplar Hill Mansion. This is a reconstruction of what the smokehouse would have been like on the grounds of the original property. Smokehouses were used to cure meats and fish before the time of refrigeration by salting and then smoking the meats and letting them hang in order to preserve the meats. From the inventory of Dr. Huston, it is know that he raised hogs and therefore, the assumption can be made that ham and bacon would have been among the meats cured in the smokehouse. The current smokehouse is not operational, rather it serves as the backdrop for a farm tool exhibit. Poplar Hill Mansion was first and foremost, a working farm. In addition to the tools found in a smokehouse, such as meat hooks and wooden barrel, there is also a corn shucker, food press, cider press, scythe, shovels, two-man cross saw, and toolbox to name a few of the artifacts. Many of the artifacts are made possible through a generous loan from the Julia A. Purnell Museum in Snow Hill, Maryland.

Clara Somers Gunby Huffington, (1839-1891) was an outspoken Southern sympathizer, whose two brothers, John and Frank were in the Confederate army. When Federal troops occupied Salisbury, she was jailed for defiance and disrespect displayed toward Union troops. When she refused to walk under the Union Flags in the streets of Forktown (present day Fruitland), and made derisive comments, the Union soldiers in retaliation hung the Union flag over the doors to her house. Refusing to walk under the flag to use her doors, she climbed in and out of her windows instead. She was arrested and jailed in the Washington Hotel in Baltimore and had only to swear allegiance to the Union to be released, but refused. As a result, she was imprisoned in Fortress Monroe, and later released in exchange for Union soldiers. While in prison she met a spy for Confederate President Jefferson Davis, who told Clara about Union troop movements and supply lines. Upon her release, she was granted an interview with Davis, and told him the information she had learned in prison. In return, he gave her employment during the war as a Clerk, and found her two brothers. She lived in Richmond at the time of it’s siege and witnessed buildings burning around her, helped put out fires, and had her face nearly blistered from the flames during the destruction. After the war, Clara pursued her study of painting and became very well known for her art, in Baltimore and New York. Poplar Hill Mansion houses seven of Clara’s paintings, the largest private collection of her work. All have been carefully cleaned and restored. Poplar Hill also houses a collection from the Gunby Family including photos, glassware and children’s items. This exhibit is made possible from a generous gift of Judy Brittingham and public contributions. 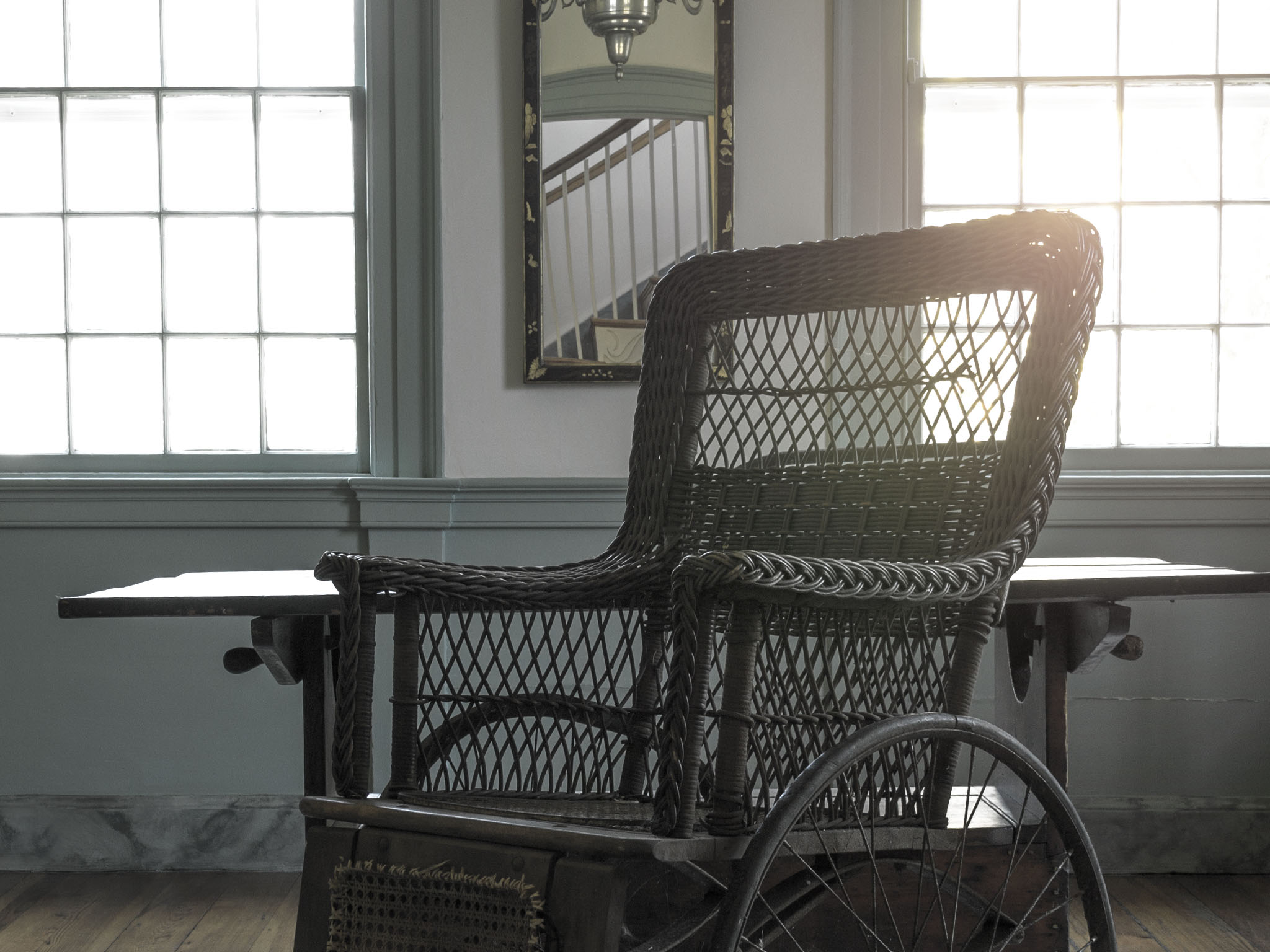 Dr. John Huston was Salisbury’s first surgeon and tried to raise the funds to build a hospital in Salisbury to no avail. Instead, he had to practice his trade in his home. This room was probably originally intended to be a study or drawing room when the house was being built. Dr. Huston attended classes at the University of Pennsylvania, the best medical school in America at the time, and his techniques would have been considered cutting edge. There would have been a pine table near the window, probably a painted canvas floor covering, his desk, a chair, and a small cabinet for his equipment, which would have consisted of items like a bone saw, bleeding bowl, bandages, and a myriad of other items considered crude by today’s standards. Dr. Huston would have been ready to leave at a moments notice in case of an emergency. His hat and coat would have been at the ready for him, as well as his walking cane. Surgeons wore their very best when performing operations, as it was considered a matter of status, only using a butcher’s apron to keep blood and other bodily fluids from staining their clothes. During the War of 1812, homes of prominent citizens up and down the Chesapeake Bay were burned by the British; however, Poplar Hill was spared. More than likely this is due to the status of Dr. Huston being a surgeon and his Hippocratic oath to treat any and all people in need, even enemies. British soldiers would have known this was the house of a surgeon and could bring their wounded here for treatment if need be.